One Year Later is a collection of work made about himself over a particular year of his life. This work represents his return journey after a long physical and emotional separation. Using his own body as a template, along with different abstract marks and counters, he uses time to record this journey.

The figure and the self are the most enduring themes in the visual arts. In this project, Tim used the ‘self’ to identify and record his own presence. Using time rather than a community, he made this work through an accumulation of templates, counters and marks.

“For the first time, I celebrated myself in my work and using my own presence as an individual I am telling my story of this cathartic journey. I used the daily process of making work to acknowledge my own existence, celebrating and marking my presence in that time, with days, weeks, months or a year as a motif. My journey is about learning to go forward, and return, with a renewed sense of self – free of compliance, guilt and obligation.”

Tim’s work is not about the glory of the human form, more about being human. Humans are social by nature and find meaning in relationships. However, in this work, his focus is on himself as an individual and how he has re-connected internally.

“Is it necessary to prove one’s own existence in time?” 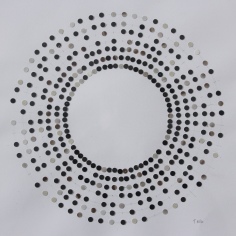 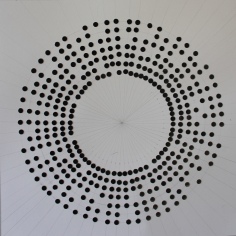